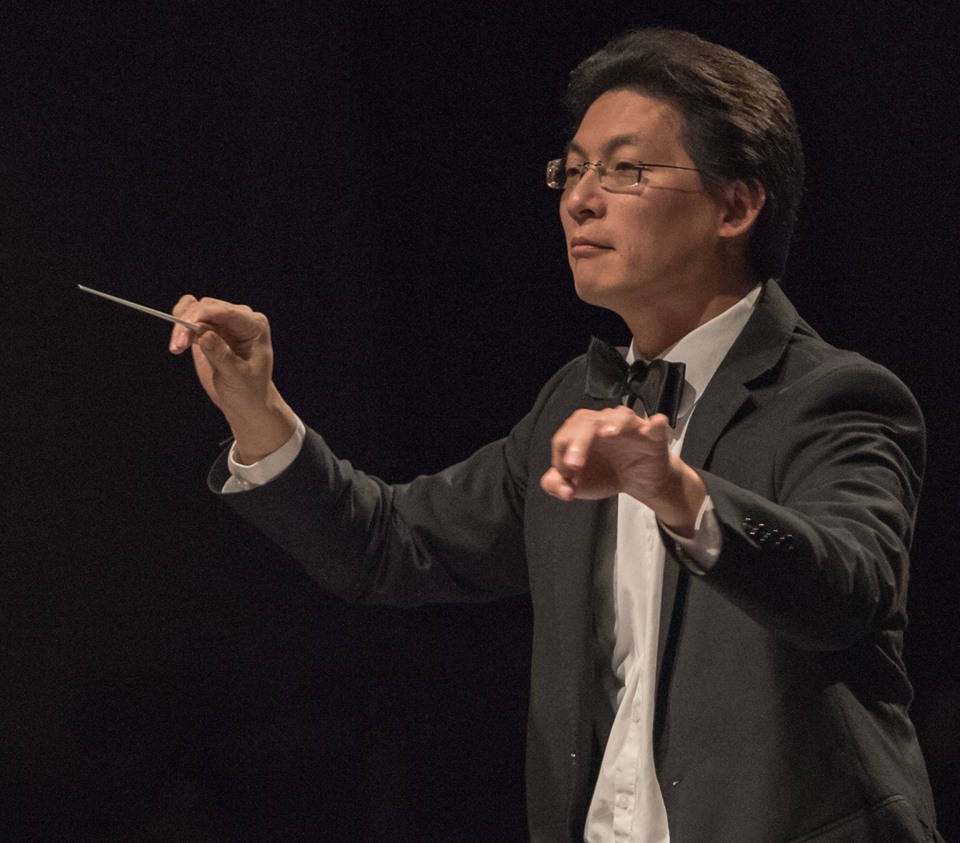 Temecula Valley Symphony appointed Zun-Hin Woo as its Associate Conductor in 2014.  “Hin” continues to serve in that role and is also our current Concert Master and String Section Coordinator which includes string coaching during rehearsals and recruitment of new string players for our symphony.

He has also been appointed as the new Music Director and Conductor of the Temecula Valley YOUTH Symphony.

Dr. Sylvia Lee Mann is an internationally recognized composer, conductor, violist, author, speaker, multi-instrumentalist and virtuoso performer, appearing with many musical ensembles in the Southern California area and across the nation.  Currently on the faculty at Chaffey College and St. Teresa Open Catholic Seminary, Dr. Mann has also served at California State University Dominguez Hills (for both the Music and Humanities Departments) and Centenary College. Dr. Mann is the Music Director & Conductor of the Southland Symphony Orchestra  and a popular guest conductor throughout Southern California. She joined our TVYS program as the conductor of the Junior Youth Symphony in 2019.

She is Pastor & Minister of Music at Bethel Congregational Church, UCC, of Ontario, CA, as well as the Artistic Director of Bethel Arts. A frequent performer with The Chamber Orchestra of the South Bay, La Mirada, Temecula Valley Symphony, Coachella Valley and Whittier Regional Symphony Orchestras, a collaborator with the Repertory Opera Company and Desert Baroque, she is the principal violist of the Culver City and Marina del Rey Symphony Orchestras.

Sylvia began her musical studies at age 4 and was performing her first professional “gigs” just before her 14th birthday. She completed undergraduate studies at Chapman College, and graduate studies at the University of Southern California & London University. As a violist and violinist, she studied with many distinguished teachers, tracing the pedagogical line back to Ivan Galamian.  As a composer, her mentors include William Kraft, Gunther Schuller, and Samuel Adler. Her conducting studies included such notable pedagogues as John Koshak, Hans Beer, Daniel Lewis, James Vail, Rodney Eichenberger, Gunther Schuller, and Neville Mariner.

Sylvia’s music is heard on the concert stage, in film, television, and media outlets. She has composed for a number of films and theatre productions in the Los Angeles area, as well as multiple chamber music works and symphonic pieces for symphony orchestras, chamber music ensembles, and choral groups across the nation. Current projects include two concerto commissions, a symphony, and several chamber music projects. Works have also been commissioned and performed by the Culver City Chamber Orchestra, and for the Culver City Symphony’s historic concert, “The American Beat – Women Composers”.

Dr. Mann and her orchestras have been recognized by the City of Ontario and the City of West Covina. The County of Los Angeles, and L.A. County Fair recognized her as a “Community Hero” for her work in the arts, and she received “Woman of the Year in the Arts” awards from the California State Legislature and the US House of Representatives. She has also received multiple awards from CSUDH for her scholarship, research and creative activities, as well as for her outstanding participation in the CSU/CSUDH Affordable Learning Solutions Initiative and contribution to student learning. She is an ACME Honoree of Mu Phi Epsilon. Dr. Mann’s most recent CD, “Viola Live” was released in July of 2016. Her original recorded music is now available at Amazon, iTunes, CDBaby, and all digital music services. More information about Dr. Mann, her performances, appearances and original compositions can be found at http://sylvialeemann.com.